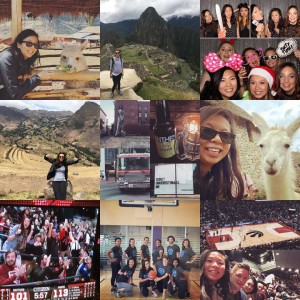 Since I did this for 2015, thought I’d continue the trend for this year.

Well besides Trump winning, Brexit happening and the year wrapping up with some devastating celebrity deaths, 2016 had some decent moments for me.

I did a lot more traveling this year than I have in the past years, mostly for work though.

In June, our department’s annual Opti-con happened in Sunnyvale/San Francisco so our team went there and stayed an extra few days where we got to go to In-n-Out Burger and ride bikes across the Golden Gate Bridge. In August, I went to Portland, Oregon to help train some new hires. I got to experience all the cool things that make Portland such a great city, eat delicious food, explore the very pedestrian/bike/public transportation friendly city.

In late October was my much anticipated Peru trip. I had been planning to visit Machu Picchu for quite awhile and wanted to do the Inca Trail (post to come on this experience! I am so behind on getting my photos and videos organized). I did it and it was an unforgettable experience. Lastly, right when 2016 was about to wrap up, I booked a last minute cheap airfare trip to St Lucia. A buddy of mine was staying there for awhile and I thought, “why not? YOLO!”. So I booked it with a lot of encouragement from coworkers nearby me as I was hesitating and got all my shit together to leave the next week. I’ve never been that impulsive but it turned out to be a great decision — had a fantastic time that I wouldn’t have had if I just kept humming and hawing over life plans. I participated in the Scotiabank Waterfront Marathon in October. Just the 5K because let’s be real here, I am not much of a runner and I only really run when I’m late or running away from imminent danger. I had planned to at least try to run portions of it but with those I was doing the 5K with, we just basically walked it. Plus it was raining so enthusiasm quickly waned. I went back to school for the Business Communications certificate program at the University of Toronto, with the first class completed in Business Writing. I have always wanted to go back to school because for some reason, I miss it — of course, back when I was university, I probably wouldn’t have said the same thing. Maybe it’s my competitive nature but I loved trying to do my best on the assignments and just embrace the keener that I am. I met some cool people in the first course and the instructor was great, so looking forward on the rest of the classes in the program (next one starts in a few weeks!).

Work-wise, I was promoted in October (yay!) and feeling well-situated in my role and responsibilities. It started a bit rough in the early part of the year with a “D-Day” of company wide layoffs, cutting 15% of the workforce, and we lost many wonderful coworkers that day, but this seems to be the nature of the industry and having been in that predicament in the past, I can only say that it sometimes these unexpected things can be a blessing in disguise. I also think compared to 2015 with the crazy workload and the different team dynamic, this year has been a lot better in both having a more manageable workload in order to take on additional work that helps me grow professionally and also with growing the strong team dynamic. There’s some anticipated changes coming with the acquisition in 2017 so there is the unknown on the horizon but if anything previous years has taught me, is to embrace changes and make opportunities out of the unexpected.

I got a Fitbit in early 2016 so I became, at least temporarily, obsessed with competing for step challenges with friends/coworkers and thus kept me motivated for going to the gym. I think that, and my renewed obsession with Bodycombat, helped me do the hike on the Inca Trail because the 1 day hike portion of it, it included a lot of very steep steps and hiking up a steep incline. Had I been out of shape, I would’ve had more difficulty doing it especially with the higher altitude (but not as high altitude as Cusco, Peru). There was also a somewhat short-lived obsession with dancing starting from playing Just Dance on the XBox at work to Bodyjam classes (body rollssssss!) to trying to learn the choreography to Sorry but it might’ve just been a phase because I haven’t gone to a dance class in months now. I also bought a new (but used) bike on Kijiji and then brought it to a bike shop to fix up, now I’ve got a pretty cool Raleigh hybrid bike that is much better than my clunky old Canadian Tire bike.

Went to a Blue Jays game, a Raptors game, Pursuit OCR (p.s. the course is a lot harder than it looks) and summer of service at CAMH with work this year — fun times.

My family and dog are all doing great. Penny, my dog who lives with my parents because she can’t deal with the separation anxiety and sounds from me living in a condo, hasn’t been staying with me as often this year but I hope to change that for 2017. She is now 8 years old!!!!

My goals for 2016 from that post were to write more in this blog (clearly I failed that) and to visit a new continent (which I did, thanks to my Peru trip!). For 2017, I will keep those goals in play but also throw in trying to be more zen and just live in the moment. I tend to think too far ahead and over-think things, which I always get slack for from my friends. But it’s my nature to worry and hum and haw over things. But yes, after this spontaneous St Lucia trip, I think I will try to worry less and just be more chill. At least try.