HomeReviews music On the topic of Britney Spears 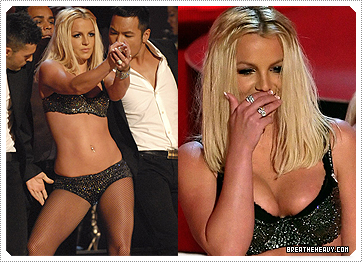 Before I begin, I should admit that I live for celebrity train wreck stories. Lindsay Lohan, Amy Winehouse, Britney Spears, Tara Reid, LOVES IT ALL! On one level, it’s simply a case of schadenfreude — there’s nothing more entertaining than watching these starlets, who seem to have it all and with so many opportunities in life that us regular folks will never have, just throw their lives away over poor lifestyle choices. On another level, I just feel immense pity for these “train wrecks” because, at the end of the day, they are just people. People who probably don’t have a good support system who will tell them they are screwing up their lives and intervene, but nonetheless, they are just like you and I (err, minus the fame, the power, the wealth).

In the case of Britney, I feel particularly bad because many moons ago, when she first released “Hit Me Baby One More Time”, I met her. And through my own irrational way of thinking, I feel a link to her, if not for the mere reason that she seems more “real” to me (as opposed to Lindsay Lohan who I see as just a character in Mean Girls and gossip magazine regular). My encounter with Ms. Spears began at The Dini Petty Show, as my friends and I managed to get tickets to the show in which she was a guest on. Right afterward, we headed to the local mall that was literally right down the road from our high school, where Britney was doing the standard mall appearance with a performance and autograph session. Since we had gotten wristbands much earlier in the day, we were one of the lucky few who were able to get an autograph. Who would’ve known that this singer we were meeting, albeit having a number one single at the time, would become a household name and remain in the limelight almost a decade later?

Having met numerous pop acts in my teenybopper days, it’s as if almost every single one of them has faded into the oblivion. Aqua? All Saints? M2M? No Authority? Take 5? Poof. Back to the story. When I went up to her, she was friendly and gracious. After signing my CD cover, I asked her for a photo and she put on a huge smile. I don’t remember the exact details of the encounter, as I was in my early teens around that time, but it was a decent enough of an experience for me to reminisce about it after all these years and say, “she was nice”.

My autographed CD cover!
Which is why this whole VMAs debacle is that much more conflicting for me. I had originally tuned into to this much-anticipated performance in order to watch this hot mess known as Britney Spears continue down the road to monstrosity. Or at least a stint on The Surreal Life. After she had that head shaving episode, the numerous panty-less paparazzi shots, the irresponsible parenting claims/facts, and the general erratic behaviour she’s become known for nowadays, I knew that I expected nothing less than a show that would go down in history. And boy, a notorious show we got.

The performance in question

Let’s not forget that this is the same girl who made this memorable 2000 VMA performance or this 2001 VMA performance. To say there were high expectations would be putting it mildly. But her lacklustre 2007 performance didn’t compare, even somewhat, to what she could do had she brought it. What was with the almost sloth-like movement, accompanied with some arm movements every so often? She looked lethargic or perhaps just had a few extra doses of Vicodin. It was as if I was watching a tranny Britney Spears impersonator at a low budget stage show. Even the production value seemed lacking, and maybe that’s the fault of MTV or The Palms, but it just seemed so pedestrian. The first few seconds, you could already tell that it was revving up to be one epic failure. On the other hand, the Chris Brown performance, now that was hot.

It was arguably more cringeworthy than the Ashlee Simpson SNL Lip-syncing Snafu. It was like Britney completely forgot the words to her own song and just decided to “screw it”, nevermind even try to make it look passable as “real singing”. Maybe she should’ve just gone with the Ashlee Simpson method of coping with public embarrassment: do a hoedown.

I don’t want to be crass and use the F-word, like some journalists and publications have been liberally throwing around, but let’s face it, that was not a flattering choice of attire. Maybe it would be appropriate for Britney circa 2000, but not now. Sources say that she insisted on wearing that outfit, even though MTV had other choices in mind (a corset is rumoured to be the MTV choice of costume for her). And then there was the hair, I mean, the weave. It just looked awkward and strange, like someone chopped off all the hair on their Malibu Barbies and glued it onto her head. Just… no.

As I have said, many publications have harshly criticized Britney’s body, not even simply insinuating but flat out proclaiming. Yes, it was not flattering and she was not in her top form. However, must we resort to driving home the message that even a little bulge isn’t acceptable, particularly regarding Britney whose fanbase is predominantly young, ED susceptible girls? It just seems like it’s in poor taste.

After all this hoopla, I hope Britney is able to see pass the disillusion and turn her life around. This may be the end of her career, though admittedly I hope not because her new songs are kind of catchy, but she should realize that she’s become a huge joke. Girlfriend needs help, pronto.

Now for some HILARIOUS spoofs!