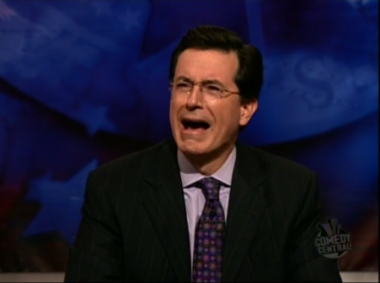 Doing some research on the topic, after being outraged for a good while and ranting on Colboard, I now understand it has to do with the Canadian Radio-television and Telecommunications Commission (better known as the CRTC) regulations. Thanks to my numerous communication studies courses and discussing the CRTC in relation to media content, I can give you a brief synopsis of what they do. They are the ones that are responsible for enforcing strict rules in terms of Canadian content and autonomy, including making sure there are those simultaneous substitutions for US network broadcasts. Essentially, they ensure that Canadian content and the Canadian people are being upheld, and that Canadian companies are given a fair shot in their home market.

Well that’s good and great, I’m all for more Canadian content and supporting the Canadian companies, but why can’t I, along with my fellow Canadians, watch online content (i.e. full episodes) streamed for free by networks like CBS, NBC, FOX and now, Comedy Central?

In a major May 1999 decision on “New Media”, the CRTC held that under the Broadcasting Act the CRTC had jurisdiction certain content communicated over the internet including audio and video, but excluding content that is primarily alphanumeric such as emails and most webpages. It also issued an exemption order committing to a policy of non-interference. [ source ]

CRTC is preventing Comedy Central from trying to take that autonomy and use it to subvert the Canadian network (the simulcasting partner) who owns the rights to it, the Canadian network in this case being CTV. The fact that we could watch content on Motherload for so long somewhat surprised me, considering CTV has had the rights to both shows for quite awhile now. Ultimately, I guess that means CTV can do with The Daily Show and The Colbert Report content as it sees fit. Which, right now, seems to be offering a version of TheDailyShow.com that pales in comparison to the Comedy Central version. Its video archive is decent, all streamed through CTV Broadband. But after viewing the original TheDailyShow.com site via a web proxy, it seems to not be as expansive in coverage over eight years of Jon Stewart hosted episodes and lacks the ability for commenting, an important interactive feature of web 2.0 media and community building. It also doesn’t allow for video embedding so you can’t share the video clips on a blog or other website, unlike the original. Overall, I like the video player on ComedyCentral/TheDailyShow much, much more than the one on CTV Broadband. But luckily, although unable to stream video on TheDailyShow.com via a web proxy, you can grab the embedding code for videos in order to watch them on another site. It’s tedious, but hey, there you go. Ack, it looks like they have disabled streaming of videos embedded elsewhere, as well!

You’ll otherwise miss out on gems like this (which I tried to locate on the CTV/Comedy Network version of The Daily Show site, to no avail. Maybe it’s there and I just couldn’t find it. The search feature is not so intuitive as I had noticed while searching up Even Stepven clips).

While it has been said by TPTB at CTV that this new site is still being worked on and they are working out the kinks currently (we just a day or two ago got the ticket request page unblocked!), it supposedly will not merely be a mirror of the TheDailyShow.com website. I just hope that when they say they are “working out the kinks”, it means they are planning to expand their video archive to make it on par with their US counterpart. One suggestion is to send emails to the Comedy Network as mentioned on this Colboard thread, particularly Scott Henderson, the Senior Director of Communications.

Update: Download Hotspot Shield and these videos should then work. This solution has worked great for me, at least.