HomeReviews movies Dear Zachary: A Letter to a Son About His Father (2008)

Dr. Andrew Bagby, depicted through numerous home videos, photos, and interviews with family and friends, was by all accounts a great guy who had a lot to live for. In 2001, after graduating Memorial University of Newfoundland Medical School in St. John’s, he was on his way to becoming a family doctor, starting his third year residency program at Latrobe Area Hospital [source]. Things were going well for Andrew. That is until his ex-girlfriend, Dr. Shirley Turner, whom he met in medical school, took it all away in one cruel act of violence. He was shot to death in the park on November 5th, 2001.

The film doesn’t really dwell on that one moment though. That moment, sad and horrific as it is, is the catalyst for the rest of the film and there is a greater focus on Andrew in life than in death. Home videos juxtaposed with interviews with family and friends make up most of the film. In particular, the footage with his adorable yet visibly heart-broken parents make the film incredibly moving, tugging at your heart strings and reaching for a tissue. You can’t help but ache for their lost of their only child and it makes you want to reach through the screen to embrace them in a hug. Ultimately, these snapshots of who Andrew Bagby paint a portrait of a guy who you’d just want to be friends with and had you been friends with him, you’d feel lucky to have him in your life.

After the murder, Shirley Turner fled the United States for Newfoundland, Canada. The family tried to lure her back to the U.S. with an invitation to the memorial service but she didn’t take the bait. Finally, on December 12, 2001, she was charged and arrested in St. John’s, Newfoundland… but let go on bail the very same day. The bail was for $75,000 — $65,000 of which was posted by her psychiatrist. The rest of the restrictions and requirements of her release included surrendering her passport, signing in once a week at the local police station, promising not to leave Newfoundland, and avoiding contact with certain people friends and co-workers’ of Andrew involved in the case investigation. Which brings me to one word: ludicrous. A person, who is charged with premeditated, cold-blooded murder, who has already fled the scene of the crime, is given such lax treatment by the Government of Canada? My own government’s judicial system? It’s quite disconcerting.

Then we find out that Shirley Turner is pregnant with Andrew’s child. The film swerves off its original course and takes on a whole new meaning. It becomes a time capsule of sorts for Andrew’s unborn son to get to know his father. Kurt Kuenne then sets off to all over the globe to interview all of Andrew’s friends and family, from all corners of the globe, intent on rescuing his friend’s history. Andrew’s parents, Kate and David, on the other hand, quit their jobs and dig into their life savings to move to Newfoundland in order to fight for their grandchild’s future. Meanwhile, Shirley is still awaiting trial, her court date constantly being adjourned and pushed back again and again. Justice hits a standstill.

On July 18th, 2002, a beautiful baby boy named Zachary, as the title references, came into the world. 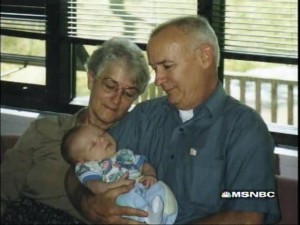 Kate and David, the doting grandparents they were, try to spend as much time with Zachary as the family court allowed. Unfortunately, to spend time with their grandson, they had to fraternize with the woman who killed their only son. And yet, under such difficult and emotionally charged circumstances where an average person could easily lose it, these two people were pillars of strength — they do it all for this innocent child. A child who was their last living connection to their lost son. And so, they trudged on and kept all their meetings with Shirley civil. Zachary developed a very strong bond with his grandparents, even at times purposefully choosing Kate over his mother, thereby making Shirley incredibly jealous. On the justice front, the extradition hearing finally began and evidence presented. Everything was seemingly running smoothly but Shirley’s lawyer held it up with some legalese and so the case was on the precipice of being thrown out altogether. It didn’t get thrown out of the court, but it got delayed time and time again.

November 4th, 2002: Shirley is sent to jail, while awaiting a decision from the Ministry of Justice to surrender her to the United States, and Kate and David got custody of Zachary. Finally. During which time, with Shirley behind bars, Kate and David made a weekly 2 hour drive to the prison to honour Shirley’s visitations rights. Rain or shine, they made that lengthy trip so she could see her son and fulfil their end of the bargain, fair or not.

January 10th, 2003: The unthinkable and truly incomprehensible happens. Again. Shirley is released from jail due largely in part to the judge who wrote back to Shirley with explicit instructions for how to write her own appeal of the decision to incarcerate her while waiting for a decision to be made to extradite her to the United States. 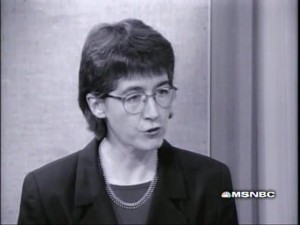 This judge simply asked Shirley to promise to “behave herself” and not “attempt to flee”. She deemed her to not be a threat to public interest as the crime she allegedly committed was not directed to the public at large and there was no indication of a psychological disorder that would put the public in danger; therefore, with that, Shirley was free again. Again, she was let go with a $75,000 bail, not a cent had to be paid. The Bagbys had to give back Zachary. And again, they had to go back to the scheduled meetings with Shirley and set up a schedule to pass Zachary back and forth.

Now, I don’t want to ruin the rest of the film for you. The ending, so powerful and provoking, is best left unspoiled. Needless to say, the judicial system, as of what you’ve read so far, obviously has visible and substantial cracks in it. Who exactly is the system supposed to protect? Understandably, one is innocent until proven guilty — but in this case, there are obviously errors of judgment that have caused monumental consequences. Most shockingly, the behaviour of the judge who, according to Kate, “fawned” over Shirley and seemingly showed her preferential treatment, setting her free on bail with virtually no strings attached. This for a person charged with premeditated first-degree murder. The whole ordeal is just mind-blowing and saddening.

If you are interested in bail reform, I suggest you visit the official Dear Zachary site which includes a section for supporting bail reform.

Precious: Based on the Novel Push by Sapphire at T...
Coopers’ Camera (2008)
Initial Thoughts on the Microsoft Zune 8 GB
Alvin and the Chipmunks (2007)
Share this!