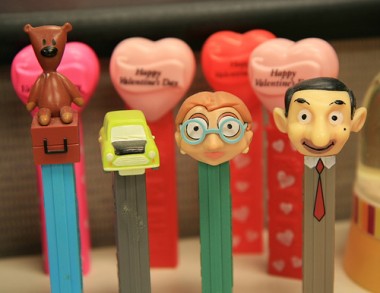 So after I wrote Job Hunting Woes Part II in August 2007, it would be a few months after that that I actually got my first job. My new tactic was to think about my strongest assets and my interests/passions and go full-force on attaining a job around that. Hmm, I liked writing. I liked anything related to the web, from social media to web development and pretty much everything in-between. I also thought, advertising seems cool too and I like anything related to the media industry. From that, I started looking up a list of all the advertising agencies in Toronto and looking for any position in the Interactive field. It took awhile, and by awhile, I mean I went to at least 3 job interviews at some big name agencies. Even one for a position I knew absolutely nothing about (something related to broadcast trafficking, if I recall correctly).

Then in November 2007, I finally landed a job at a decent sized ad agency as an Interactive Project Coordinator. I learned a great deal from my colleagues and the experience was definitely beneficial for my career goals. I got a chance to put my knowledge of social media and blogging to use, being able to strategize and brainstorm ideas on ways to create a two-way conversation and enhance interactivity with the online audience. I even got a chance to copy edit, even though I am by no means qualified to be a copywriter, and was actually praised by a Creative Director for some writing I did and had showcased on my résumé website. It made me feel good. It made me actually forget all those months of feeling like my skills just weren’t adequate as I was constantly being turned down for jobs I felt qualified for. The only “tiff” was that I was bright-eyed and naive about some things, certainly about playing office politics, which is never good — especially in this industry. And if there’s one important thing I’ve learned is that knowing how to play office politics is about as important as being a stellar employee.

I was there almost a year and then shit hit the fan. Let me just tell you: if you are ever led into a meeting room and you see an HR person in that room, get ready to put on your brave face. It’s not going to be good news.

Long story short, I was let go. (Strangely enough, my initial reaction to everything happening was to say C’est La Vie, which then caused that B*Witched song to start playing in my head.) Apparently, or as was told to me, they needed to hire an experienced project manager (and I was a mere coordinator with experience equating to the total amount of time I had been working there) for some large projects coming down the line and they needed to merge salaries of sorts. However, I did not know the latter of the reason until later on, when I had to get references for my new job, but I can tell you that at the time, I was wracked with the thought that it was because they thought I was incompetent, plain and simple. And that notion really depressed me because I had always tried to do my best with any challenge I’ve been presented so to have all this happen, it was a punch to the ego. Rick McGinnis’ (a former writer for the free daily Toronto newspaper, Metro, who was recently laid off) blog posts about losing his job — particularly Laid Off and Fear — does a good job of summing up what I had felt at the time. Except, this being my first “real” job, throw in an existentialist crisis of sorts that questioned everything I had thought of myself as a employee and that’s basically how it felt for me.

Luckily for me, though, I guess, I never really considered staying at that particular job long-term as I had made the mistake of accepting the first salary offer given to me, which was just above poverty level. Needless to say, had I stayed around, even if I received a 10% raise, which is a significant raise, I would still be hovering over that same figure. After going through the stages of grieving, and I can’t lie, I was stuck on anger for a good amount of time, I finally reached acceptance. And with that, I saw this as a great opportunity. Sure, it was embarrassing having to say I was currently unemployed and I only shared this information with a select few, I just knew that being depressed about the situation wouldn’t help. So I started the job hunt yet again… while giving me a chance to get reacquainted with my BFF Oprah again.

This time around, because I had some related experience, the job hunting process was a lot more successful. I received numerous calls for interviews for jobs actually related to my field (Interactive). Things didn’t seem so bleak anymore.

Soon after, I landed a new job at Canada’s largest media conglomerate. I make a lot better pay and things are good, albeit the company has been in the news lately about financial issues that have been accentuated by the economic downturn. Regardless, losing a job is something a lot of people are going to have to experience in their lifetime and now that I’ve gone through it, I can’t say it was a GREAT experience (obviously) but I suppose it’s a good way of giving you a helpful kick in the butt, letting you reassess your career ambitions/employment situation. Or maybe I’m just trying to look for some feel-good lesson about a bad situation. Whatever.

Well, this is the culmination of all those rants about job hunting and you shall take from it what you wish.

A retrospect of 2015
How to make the right career choices for yourself
“There are far, far better things ahead than...
ComedyCentral.com and TheDailyShow.com now blockin...
Share this!