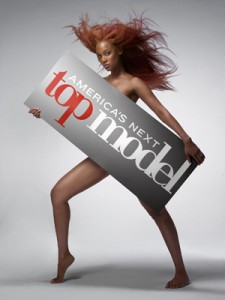 A show like America’s Next Top Model teaches women to love, respect and, most of all, accept themselves in a world, to this day, controlled by men. It is a show based on women, run by women and watched by all.

In response to Camille Blair’s letter about how America’s Next Top Model is doing a service to women by empowering them, allowing them to embrace and accept themselves for who they are, I have to wonder whether Ms. Blair is watching the same show as the rest of us. Perhaps she is simply being too optimistic about the merits of the show. America’s Next Top Model, at its very core, is a show about judging beauty and no matter what Tyra Banks may suggest, it’s an exterior beauty that aligns itself with a mainstream conception of beauty. Its contestants vie for a chance to grace the covers of fashion magazines and runways; both of which, unfortunately, predominantly cater to a narrow definition of beauty and it is with this in mind that the show operates. While, granted, the producers of the show have attempted to be more open-minded in recent cycles by selecting girls of different sizes, races, ages and creed, they also tend to signal out these girls as the “token minority” in their editing of the show. It is always made explicit to the viewers that this girl is “different” and she wants to “prove herself” fit for the modelling industry. However, as most long-time viewers of Top Model can attest, the show has increasingly become a spectacle of sorts, wherein entertainment value depends mostly on the catty drama generated (need I bring up “the granola incident” of Cycle 5?). It could hardly be considered the ideal platform for empowering women and inciting a revolution.

Not to mention that the letter states that America’s Next Top Model is a “show based on women, run by women”. Though Tyra Banks may be the lead judge and creator of the show, it should be noted that the panel of judges is composed equally of males and females (or 1:3 ratio if you consider Miss J. a woman) and the show is produced by two men (Ken Mok and Anthony Dominici), alongside Banks.