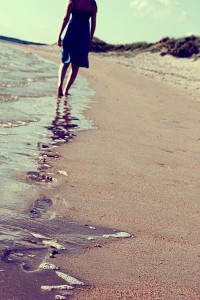 As you may have read in my previous posts, I travelled by myself for the first time to somewhere foreign. I’ve been to New York City solo before, once for a business trip and once to take advantage of a really great Expedia deal. But this was the first time I’ve gone an extended period of time and to somewhere far away, and quite different, from home. It was something I had my anxieties about but at the same time, knew it was something I wanted to try. Maybe blame it on Eat Pray Love.

Saying you’re going to travel by yourself, I find, carries a lot of stigmatism. The general reaction from people finding out you’re going somewhere by yourself is generally pity and some form of the following questions: good lord, do you not have any friends? Is there something socially wrong with you to not be able to find travel partners? Are you that pathetic of a person to not be able to find ANYONE to go with you? Aren’t you scared something is going to happen to you going by yourself? Etc. In fact, my own mother had this reaction.

And that’s kind of a shame because from meeting other solo travelers on the tour, this is hardly the case for why we choose to go on our own.

To travel far away from home requires commitment. You need to commit not only a good chunk of money but also a good chunk of time. From my experiences of trying to coordinate trips with friends, more often than not, not everyone is in the same financial situation as you and has the vacation time readily available. Unfortunately, not everyone (myself included) is a lady/gentleman of leisure. If you want to do a spontaneous or last minute trip, like the one I went on, you can’t expect people to just drop a couple thousand and their other commitments to accompany you halfway across the world. Trips with people always requires extensive planning, often months and months in advance. And even with all the planning and waiting for the right time that works with everyone’s schedules, it may never actually happen.

Your friends are likely to also have different priorities than you. You may love to travel and value experiences over material items, but your friends might not. I know with the people I know, a lot of them rather use their money towards things like designer purses, their mortgage, fancy restaurants, clothes, and so on. They don’t necessarily value a vacation as a worthwhile way to use their hard-earned money. I get it, I used to be like that too.

Chances are, you and your travel buddies don’t all like the same things

If you’re going somewhere far from home, you’re spending a lot of money to get there. You also have a finite amount of time there, do you really want to spend it doing things you don’t really want to do? When you’re traveling with other people, compromise is the key to keep harmony. You accompany your friend to places you don’t care for and vice versa. Unfortunately, though, that means it’s precious time spent not doing activities you want to do. And you’re paying a hella lot of money to be there so that kind of sucks.

If you are good enough friends to want to travel with someone, in all likelihood, you have meshing personalities. But that doesn’t mean that spending 24/7 in close quarters is going to be without its trials and tribulations. Especially if you’re a girl because, let’s be honest ladies, sometimes we can get catty. Certain annoying habits and quirks can become tenfold more irritating. Short fuses are lit and then there’s dramaaaazzzzzzzz. It happens, I’ve been there/done that. And then the trip is over and there’s sometimes residual awkwardness (or even the end of friendships, happened to me one time after a trip to Los Angeles for just 3 days!).

You can do your thing without feeling guilty

If you do a tour like I did and make new friends on that tour, you can hang out with them or not in your free time. You don’t really have any obligations to them or them to you. If your tour buddy wants to go shopping and you want to go lie on the beach, by all means, go for it. But if you are going with a friend, you could ditch them to do your own thing — it just makes you feel somewhat guilty, like you’re not being a good travel buddy and there might be upset feelings.

This is why, after a trip to NYC, I came up with the idea of “Together But Separate™”. It’s the concept of freely doing your own thing on a trip with other people — all without any feelings of guilt or anger. As I had learned, the sucky thing about solo traveling is that eating at restaurants by yourself can be weird (though I suppose one could bring a magazine, Sex and the City style) and it can be a lot more pricey not being able to split costs of things like taxis and hotels. THUS THE GENIUS IDEA WAS BORN! You can still do what you want but still have company (social perk) and save some money (financial perk). I haven’t yet been able to put my idea of “Together But Separate™” into motion because the last time I traveled with people, “Together But Together” was insisted but maybe one day…

Not to sound corny or like I’m espousing deep life lessons on Oprah’s couch, but I think traveling solo allows one to know one’s self better. You are spending that time consistently with only yourself, without the worries of work, life, and so on, so you tend to be more cognizant of doing things for yourself and knowing why you’re doing these things. You might even have an epiphany of sorts while you’re alone with your thoughts. Maybe make some life decisions you were previously on the fence about. I think it’s overall a good exercise for self-improvement.

As a shy, kind of introverted person normally, I tend to not make much effort to talk to new people when people I’m already familiar with are with me. It’s just really out of my comfort zone and it’s just easier to stick with the crowd that you are already comfortable with. However, when I’m traveling by myself, I’m more or less forced to get out of my comfort zone to talk to different people I meet in my travels. Otherwise, it would be a really lonely trip. As I kept repeating ad naseum on my trip, I’M EXPANDING MY HORIZONS! It takes a lot of effort to go over the formalities again and again but you also get to meet all sorts of interesting people you never would have met otherwise.

There are still drawbacks though. I found that, even with these newly formed friendships, you still kind of crave social interaction with people who know you well, have inside jokes with, can talk about random nothingness with, etc. I had moments where I had a witty comment but didn’t get to share it because I wasn’t sure it was appropriate for people I had literally just met. It’s like the dating phase of a relationship, you just don’t want to show your full-on craycray in that stage.

After this solo-ish (“ish” because I was on a tour but on my own on the tour) experience, would I do it again? Yes, in a tour setting, in a heartbeat. I am even now planning a second Contiki in the near future once the new vacation calendar kicks in. But by myself, completely on my own without a tour group or anyone I know at the location I’m visiting? Probably not. I have known people who have done this before and kudos to them, I admire their resolve and bravery to do that but I don’t think I have the guts to do it. I’m still a wuss at the end of the day.